Gertrude Jekyll and Edwin Lutyens finally settled the debate over who was in charge of the garden design that was fought and debated during the Battle of Styles. This Arts and Crafts movement took off and had a real focus on aesthetic beauty. Jekyll’s naturalistic planting coupled with Lutyens’s geometric designs solved the controversy of the Battle of Styles, since their work was both irregular and formal. The beautiful partnership between Jekyll and Lutyens led to the creation of many stunning homes and gardens that allowed both the garden designer and the architect to work together to create this new style. In their early years, the duo worked on Jekyll’s house at Munstead Wood.

They created a new English Garden and provoked a new generation of gardeners. They were always interested in the genius of a place, more so than the desires of the owners. When designing they worked with the specific location in mind and they often used local materials in local ways. Some of their specific forms and contents include rectangular flower borders with long drifts. Jekyll also used the herbaceous border quite often. She is responsible for its resurge in popularity. Some people think that she invented the herbaceous border, but that is not true. She rediscovered it, but she actually preferred to call it the “flower-border” instead. 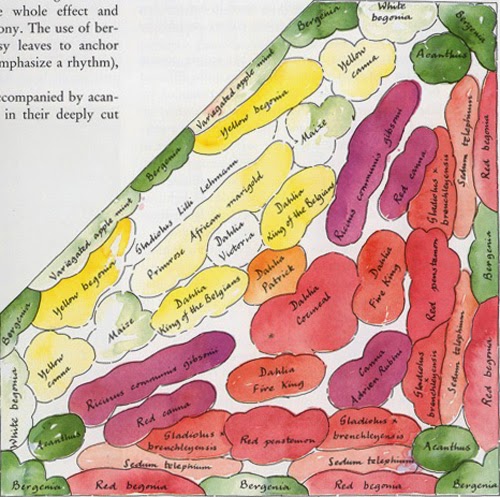 Jekyll paid close attention to color theory, and applied painting techniques for the coloration and planning of the gardens. This fully reflects the ideas of the arts and crafts movement being focused on aesthetic beauty.